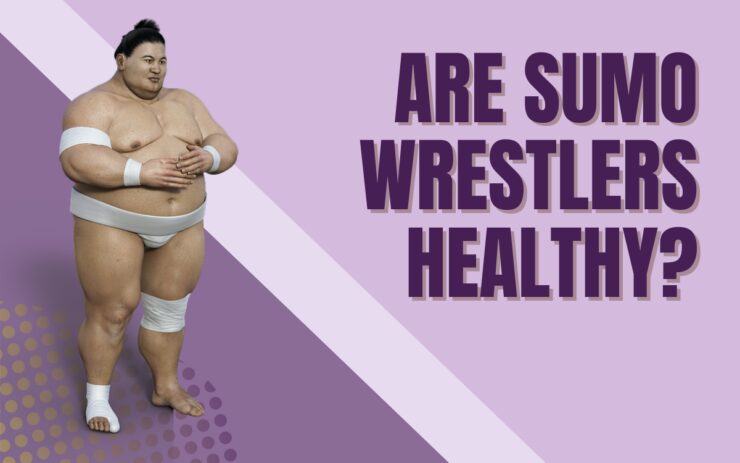 Considering the fact that some sumo wrestlers have a daily diet that goes up to a whopping 7000 calories, many people ponder the question – are sumo wrestlers healthy? We did a bit of research and found answers that you might find surprising, so read on if you want to find out more.

Sumo wrestlers typically have an average weight that is two or three times higher than an average adult. Moreover, their average weight stands somewhere between 300 and 400 pounds, which is quite a lot. With such a calorie-rich diet they have, it is not uncommon to wonder whether or not they are obese. However, you should not judge the book by its cover, and although sumo wrestlers may look obese to an untrained eye, there is much more to it. We have a lot to cover on this subject, so let us start.

What Does Being Obese Actually Mean?

In order to determine whether or not sumo wrestlers are obese, we need first to define what being obese actually means. For ordinary people with obesity, the fat is deep inside the abdomen, and the fatty layers wrap around the liver, pancreas, and other vital organs. The doctors’ name this visceral fat.

Visceral fat covers vital organs and pollutes the blood with molecules that, after a while, can cause inflammation. Due to this fact, people with obesity have a higher chance of suffering from severe health issues such as type 2 diabetes, high blood pressure, and heart disease.

Another important thing to point out is that obese people generally are less likely to be active throughout the day, which further complicates the situation. This is essential for the rest of this article because, as you know, sumo wrestlers are indeed active and have strict training and diet, which is something we will clarify later on.

As we mentioned above, people with obesity store a portion of extra fat deep inside the abdomen, which is called visceral fat. However, sumo wrestlers do not usually suffer from this, so why is that? CT scans reveal that they do not have much visceral fat at all.

Instead, the largest portions of their fat are stored right underneath the skin. Due to this fact, scientists believe that sumo wrestlers are healthy. They have normal levels of triglycerides and surprisingly low cholesterol. In the section below, we will explain this in detail. 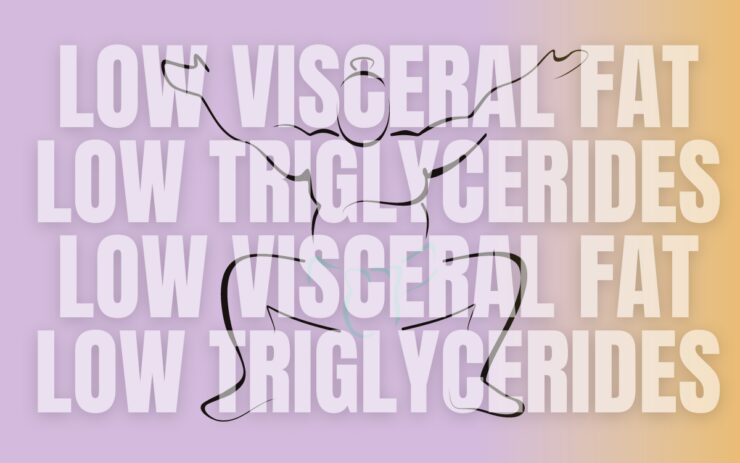 Most sumo wrestlers’ fat is stored right underneath their skin. As we mentioned, CT scans reveal that they actually do not have that much visceral fat and that they are considered healthy. Visceral fats can cause a series of health problems, such as type 2 diabetes, heart disease, and other complications.

Sumo wrestlers have average triglycerides, which is a type of fat that remains in the blood. It is also surprising that regardless of their high-fat ratio, they do not have high cholesterol levels. If these levels are increased, they can lead to an increased risk of stroke, heart attack, and heart disease.

When all of this is taken into consideration, scientists believe that sumo wrestlers are, in fact, healthy. They do not face any severe health complications, regardless of their high-fat ratio.

How Do Sumo Wrestlers Manage to Stay Healthy? 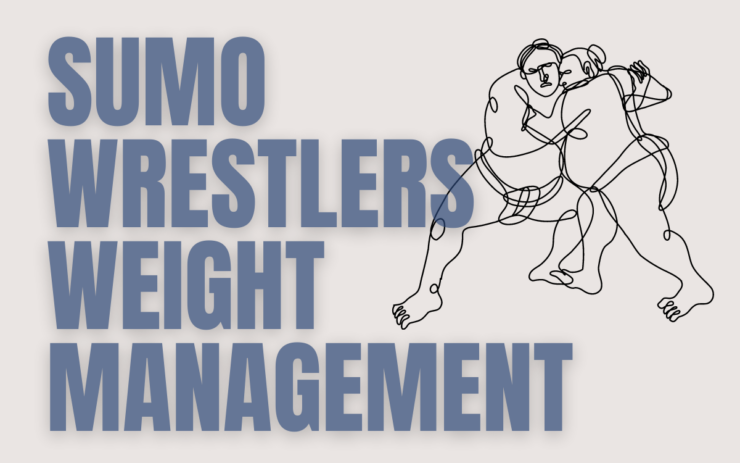 So far, it is clear that sumo wrestlers are indeed healthy, even though judging by their looks, it may seem different. But how do they manage to stay healthy? The answer is actually pretty obvious, and we are going to elaborate on it.

For starters, it is important to know that sumo wrestling is not just a regular type of exercise. This discipline requires you to use your whole strength, move at a faster pace, and push your stamina to a whole other level. To put it in more simple terms, wrestling is quite a demanding physical activity.

Various studies have shown that you are less likely to build visceral fat when performing intense workouts and remain active, which is exactly what sumo wrestlers do on a daily basis.

Intense exercise and activity are directly connected with visceral fat via adiponectin. It is a hormone that sees a high increase after putting your body through a demanding physical activity. This hormone will guide the fat and glucose molecules out of your body’s bloodstream.

Once they are out of your bloodstream, the chances of visceral fat building up are dramatically reduced, and instead, the fat and glucose molecules will stay under your skin. 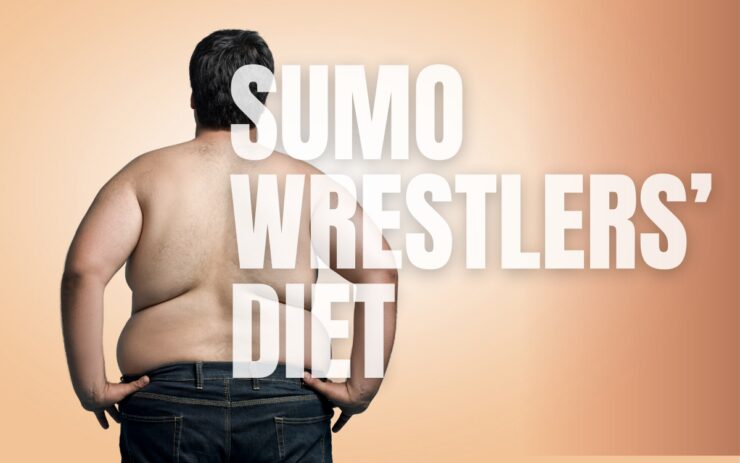 Sumo wrestlers’ diets are very specific and very high in calories. For starters, they actually skip breakfast, head straight into training, and eat their first meal afternoon. The reason for this is that when they are full, doing such intense workouts can cause abdominal issues.

After the feast, sumo wrestlers take a 4-hour nap, as this sleep is very important in the process of turning food into pure, dimpled fat. When they wake up, they eat the second and final meal of the day between 8 and 10 pm. In the section below, we are going to talk about their special diet.

Gaining 300 pounds is by no means an easy feat, and it requires a high-calorie diet. Sumo wrestlers need to intake between 7000 and 10.000 calories on a daily basis. These are huge numbers, but intaking such an amount of calories is possible through a dish called chankonabe.

It is a soup rich in nutrients such as vital minerals, proteins, and vitamins that are highly efficient in increasing the consumer’s weight. Although there is no single and unique recipe for this dish, it is usually packed with proteins such as chicken, beef, fish, pork, or tofu.

Vegetables are also an integral part of this food, and they should be added in chunks. Some sumo wrestlers revealed that they prefer adding potatoes, mushrooms, radishes, cabbage, and others. A sumo wrestler can have a huge capacity for this type of food and can eat ten bowls easily. 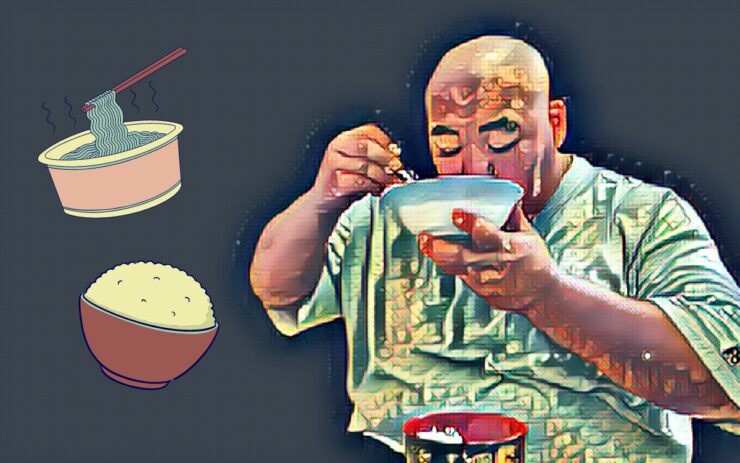 In the quest to intake even more calories, sumo wrestlers add a lot of rice and noodles to their day-to-day meals. One or two bowls will not suffice, so they add very large portions to their diet that help them get those extra pounds they are chasing.

When the time finally comes to match day, sumo wrestlers eat traditional chankonabe served with chicken. They believe that this meal will give them a stroke of good luck, as the chicken only walks with two feet on the ground.

Hydration is an integral part of the sumo wrestler’s diet. After training, they usually wear out, get tired, and require lots of water. On some occasions, they replace water with herbal tea or beer. Beer is definitely one of their favorite drinks as it makes food taste better.

The bottom line is that, although they might not look like that, sumo wrestlers are indeed healthy athletes. Their special diet, intense training, and specific lifestyle make them gain weight and turn their food into pure dimpled fat, which is a goal for each sumo wrestler.

Moreover, they have a low visceral fat ratio, and they are actually considered to be healthier than your average adult. However, once sumo wrestlers retire, they have to cut calories significantly, or else they become at risk of cardiovascular disease and other health issues.

How to Cancel Planet Fitness Membership

20 Best Bodybuilding Fruits for Every Part of Your Day

Are Grapes Acidic? Should You Avoid Grapes With Acid Reflux?